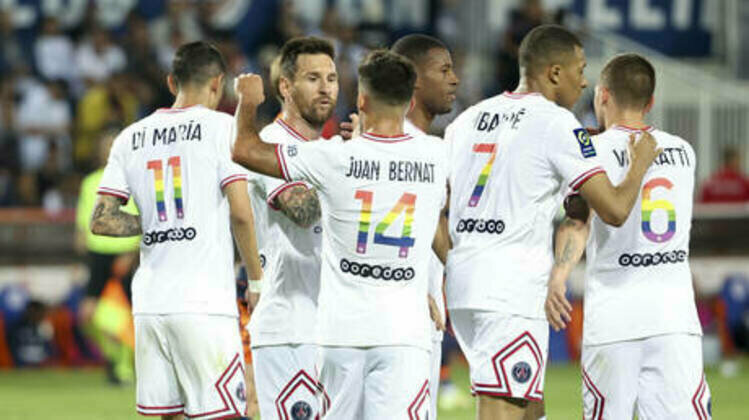 Paris Saint-Germain and Senegal defensive midfielder Idrissa Gueye has received backing from his country's president for his alleged refusal to wear a shirt which supported the LGBTQ community.

The 92-cap international has been in hot water since reports from RMC Sport claimed that Gueye refused to play against Montpellier at the weekend as he did not want to wear a rainbow-colored number on the back of his shirt.

Though he traveled with the rest of the squad to the southern French city, Gueye told coach Mauricio Pochettino that he didn't want to play while citing "personal reasons," which meant he did not feature in the 4-0 win.

According to L'Equipe, Gueye also missed the same-LGBTQ support-themed day last season when Ligue 1 teams wore shirts with a rainbow on them, this time claiming he was suffering from a bout of gastroenteritis.

But while campaign groups call for Gueye to be punished, he has found backing from Sengalese President Macky Sall.

"His religious convictions must be respected."

In the replies section, Sall was reminded that homophobia is a crime in France.

"We are a secular country, we don't care about religious convictions," the critic continued. "[He should] return to Senegal if he is outside French law.

"France must condemn Idrissa Gana Gueye!" it was demanded.

To a backdrop of controversy, Africa Cup of Nations champion Gueye could play in PSG's last game of the season against Metz at home on Saturday.