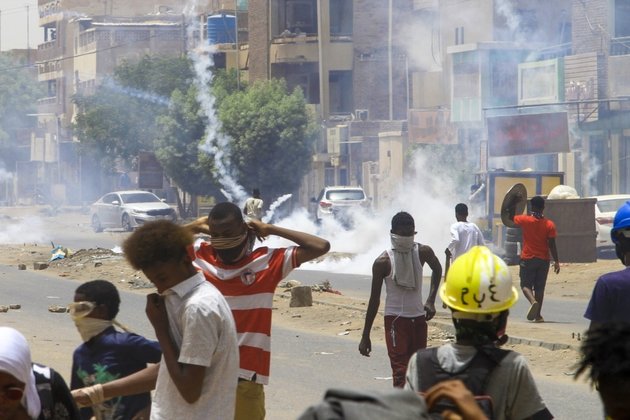 One Killed in Renewed Anti-coup Protests in Sudan

The victim, who was not identified, died from 'a bullet to the chest' in the capital's twin city of Omdurman, the pro-democracy Central Committee of Sudan Doctors said in a statement.

The latest death brings the toll to 96 from a crackdown on anti-coup protests which have taken place regularly since the October 25 military coup led by army chief Abdel Fattah al-Burhan, the committee said.

Saturday's protests came after thousands took to the streets Thursday to oppose the power grab, mainly in Khartoum but also elsewhere, renewing demands for civilian rule.

About 100 people were injured during Thursday's demonstrations, according to the doctors' committee.

At the same time two leading anti-coup figures from Sudan's Communist Party were arrested. They were released Friday.

The United Nations, along with the African Union and regional bloc IGAD, have been pushing to facilitate Sudanese-led talks to resolve the crisis after the latest coup in the northeast African country, one of the world's poorest.

But civilian forces have refused to enter negotiations involving the military, while Burhan has repeatedly threatened to expel U.N. envoy Volker Perthes, accusing him of 'interference' in the country's affairs.

In late March Perthes said Sudan was heading toward 'an economic and security collapse' unless its civilian-led transition was restored.