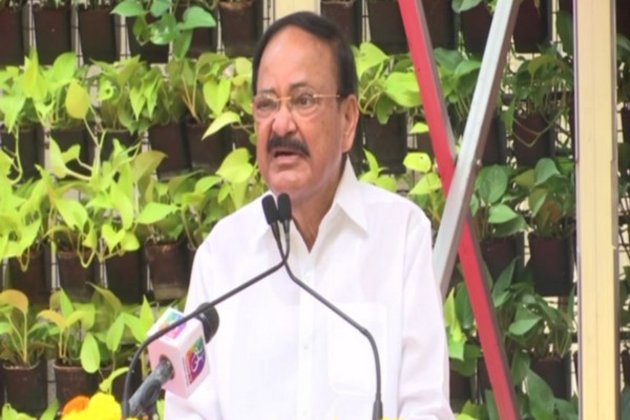 New Delhi [India], May 27 (ANI): During his visit to Qatar, Vice President M Venkaiah Naidu will address the India-Qatar business round table which will include members of the Indian business delegation.

Naidu is scheduled to be in the Middle Eastern country from June 4-7 as part of a three-nation visit beginning May 30 in which he will also visit Gabon and Senegal.

"During his visit, the Vice President will also address the Indian Qatar business round table which will include members of the Indian business delegation, comprising the members of the CII and FCCI and the groups. as well as members of the local Chambers of Commerce, Qatar Chamber of Commerce and Industry, and Qatari Businessmen Association," India's ambassador to Saudi Arabia, Dr Ausaf Sayeed said in Friday.

He was addressing a special briefing on the three-nation visit by the Vice President.

"In the recent years, the multi-faceted cooperation between two sides has witnessed significant growth in the economy, energy, investment, education, culture and defence. The bilateral trade during the last financial years 2021-2022 has crossed 50 billion. Qatar has also committed to making an investment of approximately two billion dollars in India and various sectors," Ausaf Sayeed said.

Speaking about the energy sector, he said: "In terms of energy partner ship. Qatar is a very important and the biggest source for LNG and LPG supply to India acocunting nearly 40 per cent, and 30 per cent of global imports. We have a long term agreement with Qatar. We are looking at enhancing the partnership into a comprehensive energy partnership."The Vice President will also address the vibrant members of the Indian Diaspora during a community reception.

"Qatar is a home of nearly 7.5 lakh Indians who are contributing meaningfully to the socio-economic development of Qatar," India's ambassador said, adding that "their reception will mirror the diversity of the Indian diaspora. They include prominent members of Indian communities various cultural and social culture organisations, and businessmen and professionals."Meanwhile, the MEA said that the Vice President's visit to Gabon and Senegal will add momentum to India's engagement with Africa and highlight India's commitment to the African continent.

The most important aspect of the visit is that it is the first-ever high-level visit from India to both Gabon and Senegal. The Vice President is visiting these two countries from May 30. On June 4, he departs from Senegal and goes to Qatar, Dammu Ravi, Secretary (Economic Relations), MEA, said.

"So, May 31 and June 1 are the main visit to Gabon. On June 1, the Vice President goes to Senegal from Gabon. June 1,2, 3 are the three engagement days, then he moves to Qatar, Dammu Ravi, Secretary (Economic Relations)," the foreign ministry secretary said.

"An important aspect of our relationship with Gabon is that both of us are in the UNSC non-permanent membership capacity," he said. (ANI)