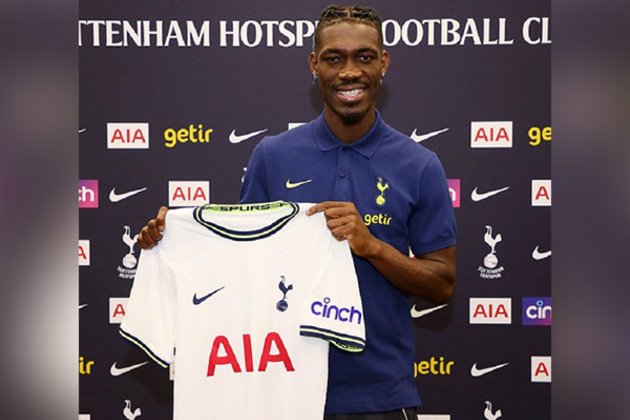 The Mali International has agreed a deal that will run until 2026 with the north-London club.

In July, 2018, he signed for Brighton, making his debut the following month and registering his first league goal in July, 2020, a strike which was nominated for the Premier League's Goal of the Month award.

Across four seasons with the Seagulls, Yves made 123 appearances in all competitions, scoring six goals and in the 2021/22 season helped them to ninth place in the Premier League, the highest top-flight finish in the club's history.

After signing with the club, Yves said: "I'm very happy to be here, happy to be a Spurs player and hopefully we're going to have a good season.""I'm going to give everything to try to win every game, to stay at the top. But, as everyone knows, the Premier League is not easy. We're going to work really hard to keep the ambition high.

"We have a good group, and a great coach, everyone knows him. I know I can pass this step with him. I know he will help me more to be what I want to be and try to help the team as well. I'm very happy to play with him," he added.

On the international stage, he has made 23 appearances to date, scoring on three occasions since making his senior debut in October, 2015. The following year, he represented Mali at the Africa Cup of Nations, netting the decisive goal to seal his team's place in the final, where they would eventually finish as runners-up. Yves was again called up by Mali ahead of the rescheduled Africa Cup of Nations which took place earlier this year. (ANI)