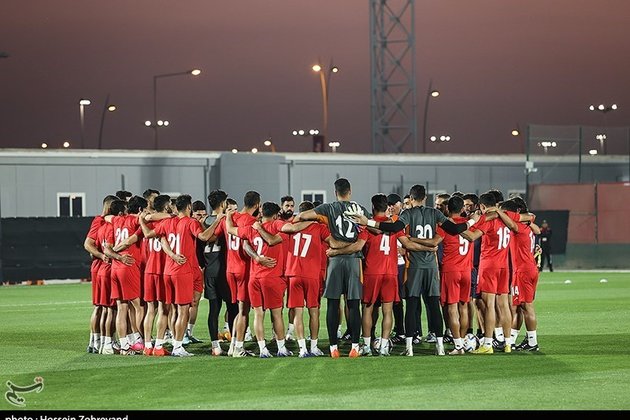 TEHRAN (Tasnim) - After keeping its 2022 FIFA World Cup hopes alive by beating Wales dramatically on Friday, Iran will play an impressive US side at the Al Thumama Stadium on Tuesday.

Three points will be enough to take either team through to the knockout stages.

Team Melli started the campaign with a 6-2 loss against England in Group B but looked like a different team in its second match against Wales, beating Rob Page's team 2-0.

Bayer Leverkusen forward Sardar Azmoun will be doubt for the match against the US after the 27-year-old striker suffered a foot injury in the second half against Wales.

Azmoun has been sidelined for his club side since early October with a calf injury and was down receiving treatment on three separate occasions before miraculously rising to his feet to continue, with the 40-goal international eventually being forced off after 68 minutes as his side chased a winner.

Now sitting second in Group B with three points from two matches, Iran knows a win against the US secures passage to the knockout stages of the World Cup for the first time in its history - although even a draw on Tuesday would be enough if Wales fails to beat England.

Despite not being able to return maximum points from any of their two opening matches, the US has shown it is set to be a new prospect in international football with a young crop of energetic and athletic stars.

Alireza Jahanbakhsh will be absent against the US after the former Brighton & Hove Albion man received a second yellow card of the tournament after a high-footed challenge on Wales' Chris Mepham during the closing stages of proceedings.

Alireza Beiranvand, who sat out of the Wales clash due to concussion protocol after a nasty head injury in Iran's first match of the World Cup with England, is available to return in this vital fixture if Queiroz decides to drop Hossein Hosseini, who kept a clean sheet on Friday.

The US has no fresh injury concerns ahead of Tuesday's match, with the large majority of fan and media attention focused on the lack of gametime for Borussia Dortmund's Giovanni Reyna, who has only seen 15 minutes of World Cup action so far, sportsmole.co.uk reported.

A knockout tie with either Netherlands, Ecuador or Senegal awaits Carlos Queiroz's side should it beat the US on Tuesday.