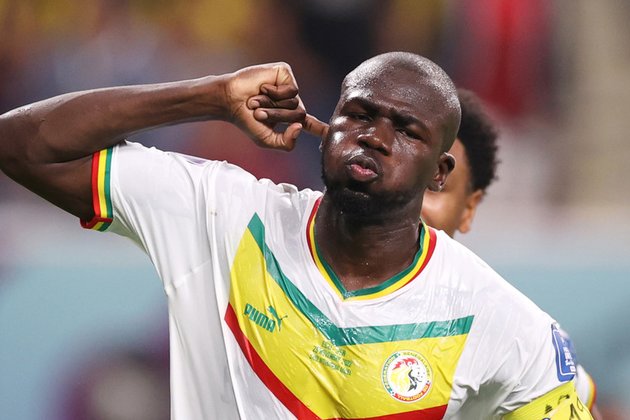 Senegal captain Kalidou Koulibaly proved the difference as the reigning Africa Cup of Nations champions squeezed past Ecuador to clinch passage to the Round of 16 for just the second time in their history at the FIFA World Cup in Qatar on Tuesday.

Koulibaly, who moved to Premier League giants Chelsea from Serie A side Napoli this past summer, reacted quickest in the penalty area following a misplaced clearance from a free kick in 70th minute to power home from close range to give his side a 2-1 lead in a fiery Khalifa International Stadium in Doha.

The Chelsea man's strike came after Ecuador's Moises Caicedo cancelled out a spot-kick from Watford's Ismaila Sarr, which had given the African side a one goal advantage just before half-time.

Ecuador needed a draw to progress to the knockout stages but paid the price for what was a largely lackluster performance as they struggled to contain what was an energetic Senegalese display.

Senegal took a deserved advantage in the dying embers of the opening half when Sarr cooly dispatched his penalty kick after he was fouled by Ecuador Piero Hincapie.

The South Americans levelled the scores on 67 minutes after the outstanding Brighton midfielder Caicedo poked in a deft pass from Felix Torres before Koulibaly restored the Africans' advantage just three minutes later to ensure their participation in the knockout stages.

Senegal knew that a win was likely required to progress, unless the host nation Qatar were able to produce a seismic shock result against the Netherlands - which didn't come, as the Dutch eased to a comfortable 2-0 win to top the group.

The one sour note for Senegal was the yellow card picked up by Everton's Idrissa Gueye which will rule him out of their next game in Qatar by suspension on the occasion of what would have been the veteran midfielder's 100th cap for his country.

The African champions will face the Group B winners in the Round of 16, which could likely be Gareth Southgate's England, barring a calamity in their match with Wales later on Tuesday.