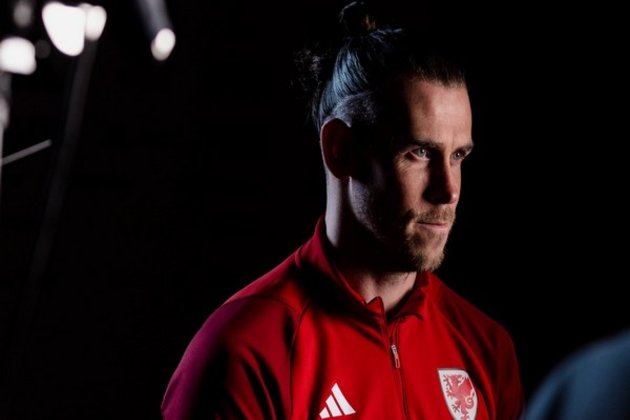 Al Rayyan [Qatar], November 30 (ANI): Gareth Bale refuted claims about him having played the last match and said that he would continue to play as long as the team needs to do and his body allows after Wales was knocked out of the FIFA World Cup.

Bale expressed his desire to keep playing for the team until the team no longer needs him"I'll keep going as long as I can and as long as I'm wanted. It's a difficult moment now. But we go again. We have a qualifying campaign [for the European Championship] starting in March and we have a few months to get away from international football now, which is obviously disappointing," said the Wales captain, quoted ESPN as reported by BBC Sport.

Bale was positive about his return to national duty when Robert Page's team kicks off Euro 2024 qualifying in March.

"I hope so, yes," said Bale when asked about him playing for Wales in the Euro 2024 qualifying matches.

The experienced forward expressed his thoughts about the team's run to qualifying in the World Cup and the performance in the tournament.

"Everyone is disappointed. I think we're all proud of what we've achieved to get here. We have to look at how far we've come. Of course, we would have loved to have gone past the group, but football is difficult. Teams go through good runs and bad runs, and we didn't quite live up to our expectations this tournament. But we'll take massive experience from it and going forward we need to look at how far we've come," expressed Bale.

Marcus Rashford scored a brace to guide England to a thumping 3-0 victory over Wales at the Al-Rayyan Stadium in a Group B clash on Wednesday.

Wales' first-ever World Cup campaign in 64 years ended with a defeat as England is set to face Senegal in the round of 16 encounters.

England came out all guns blazing in the second half and found the back of the net through Manchester United star Rashford in the 50th minute of tyhe game. The forward delivered a perfect freekick as he managed to get past the Wales goalkeeper with the perfect trajectory on the ball.

Foden dealt another blow in the 52nd minute as he tapped the ball into the goal after receiving a beautiful cross from England captain Harry Kane.

Rashford displayed his superb football skills in the 68th minute as he went past a group of Welish defenders to score his second goal of the match, piling on the agony for Wales.

The English team hardly dropped a beat after the third goal as they went on to clinch the game, knocking Wales out of the 2022 FIFA World Cup. (ANI)