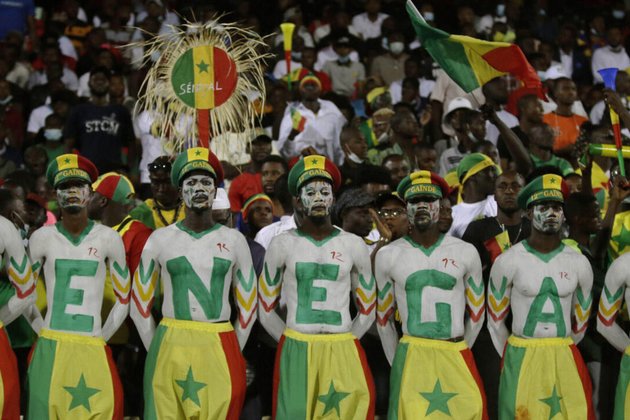 Fans savour the memory of Senegal at World Cup in Qatar

Kick-off less than 30 minutes away, Aziz Kame stood guard diligently over a dozen assikos. The drums would be on parade inside the Al Bayt Stadium imminently to support the Senegal team's push for the last eight at the World Cup at the expense of England. But the weapons of mass distraction needed to be drafted in at the very last moment to protect them from the much-vaunted air-conditioning.

"It affects the sound," said Kame as Moussa Badji joined him to help arrange the musical artillery before the pounding inside.

The two were the last men standing outside from a 100-strong detail of supporters belonging to Le Douzième Gaïnde.

In wolof, one of the languages spoken in Senegal, gaïnde means lion.

"There are 11 gaïndes on the pitch and we are the douzième (12th)," Kame explained.

"It has been a good competition," added the 35-year-old accountant who had flown from Dakar with his fellow supporters.

"Aliou Cisse has been our best coach. He's led us to two finals at the Africa Cup of Nations.

"We lost one and won one and he's brought the team to the World Cup. Whatever happens to us, he must stay."

And picking up his load, he added: "He has done a good job and he is an African."

The nationalities of African team coaches used to be a source of contention at international competitions.

Ghana's first campaign at a World Cup in 2006 was overseen by Ratomir Dujković who hailed from eastern Europe. Current coach Otto Addo was part of that squad.

Cisse skippered the first Senegal side to play at the World Cup in 2002 under the Frenchman Bruno Metsu.

At the helm since March 2015 after taking over from another Frenchman Alain Giresse, Cisse has fashioned a hard-working, relentless team in his own image.

And with the throbbing backdrop of the assikos as well as singing and dancing, his charges started confidently in their quest to reach the last eight for the first time since his own heyday.

But Ismaila Sarr and Boulaye Dia missed presentable chances in the first-half and England made them pay for their lack of precision.

Jordan Henderson and Harry Kane scored in the final six minutes of the half.

But the Senegal faithful were not deterred. They pumped up the volume to bolster their boys at the start of the second-half.

However, Bukayo Saka effectively silenced the drums in the 57th minute with a dinked finish over the Senegal goalkeeper Edouard Mendy.

From then on, the players on the pitch and the thousands of supporters knew the 2022 campaign would end without drama.

Cisse led his squad and coaching staff to hail the travelling fans after the final whistle. It was a gesture raucously greeted.

Malamine Tamba, president of the Allez Casa football fans group, said: "The players tried their best but England was just too good. We will be back."

"OK, we're the top team in Africa, but we've been shown our limits," added Mbaye.

"We've got to be satisfied that we got down to the last-16. That's something to celebrate.

"But the team needs to freshen up with some young players and we have to go from there. England simply showed us that they're one of the best teams in the world."

While Gareth Southgate's contingent gird their loins for a last eight showdown with France on Saturday night at the Al Bayt Stadium, Senegal's football chiefs will leave Doha and prepare for qualifiers for their Cup of Nations title defence in Cote d'Ivoire in 2023.

It will be a shock if Cisse's men fail to reach that tournament.

But if they do, a familar sound will be there to accompany their endeavours - and installed much earlier in the stands.