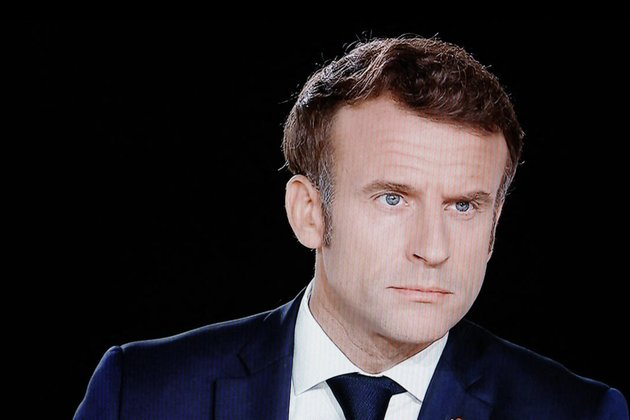 Macron looks to crack down on illegal immigration with new law

French President Emmanuel Macron is set to make a second attempt at increasing expulsions of illegal immigrants under fierce pressure from his far-right opponents.

Macron's centrist government unveiled the outlines of a new draft immigration law on Tuesday that will be debated formally in parliament in early 2023.

It comes just four years after a 2018 law with similar objectives, passed during Macron's first term in office, which also aimed to take the heat out of an explosive political issue.

"We want those people who work, not those who rob."

Prime Minister Elisabeth Borne opened the debate in France's National Assembly by saying the law would allow France to "say who we want"' and "who we don't want" to allow permanent entry into France. "Zero immigration is neither desirable nor possible, and it's no more realistic than unregulated immigration," she said.

Darmanin and Macron have linked immigration to delinquency in recent weeks, with both saying that around half of petty crimes committed in Paris are by foreigners.

Speaking to the Parisien newspaper at the weekend, Macron pitched the new legislation as a means of addressing the historic rise of the far-right National Rally, which in June became the biggest opposition party in parliament.

"We need a policy that is firm and humane in line with our values," the 44-year-old said. "It's the best antidote to the extremes which feed off anxieties."

Figures from the interior ministry show that France currently expels around 10 percent of migrants who have been ordered to leave the country and the rate has never been higher than 20 percent.

The country's lengthy legal appeals process, procedural delays and a lack of state resources are seen as reasons for the low expulsion rate, which Darmanin has pledged to increase.

Like many European countries, France struggles to persuade countries in North and West Africa to re-admit their citizens once they are subject to an expulsion order.

French far-right leader Marine Le Pen, who scored 41 percent in the second round of April's presidential election, regularly accuses the government of laxity and "submerging" France with foreigners.

In her third bid for the presidency this year, she proposed changing the constitution via a referendum to set strict immigration targets and ensure French people get priority over foreigners for all state services.

"I don't expect anything (from the new law)," she said on Tuesday. "They will talk to us again about balancing firmness and humanity. We've heard that for decades.

"Nothing will change... immigration in our country is completely out of control."

A gruesome murder of a 12-year-old schoolgirl in Paris in October caused a major political scandal after it emerged that her killer was an Algerian woman who had been ordered to leave the country.

The chaotic management of 234 migrants and asylum seekers who landed in France in November aboard the charity rescue ship Ocean Viking has also embarrassed the government.

Although the interior ministry initially said most of the adults had been refused entry to France, only a handful were detained after they lodged asylum claims and court appeals.

The new draft legislation, which Darmanin has co-written, would reduce the number of appeals possible for failed asylum seekers from 12 to three and in theory speed up expulsion procedures.

It would also remove safeguards for foreigners who arrived in France as children, making it easier to expel them if they are convicted of crimes -- a measure designed to tackle teenage delinquents.

And there will be measures to offer work permits to foreign workers with skills required in particular sectors of the economy, which could include the many employed illegally in the restaurant sector.

Macron's MPs are a minority in parliament, meaning the bill will need support from the rightwing opposition Republicans party, which has criticised the proposals as too weak.

"There's a red line in what we know about this bill which is the massive regularisation of illegal workers in short-staffed sectors," senior MP Pierre-Henri Dumont told reporters.

France has passed 29 different laws on immigration since 1980.

People from 15 different charities and some left-wing MPs demonstrated in front of the national assembly on Tuesday to denounce what they termed the "hostile" attitude of the government to migration.

Nearly eight in 10 French people think Macron's governments have failed to control immigration, according to a poll by the CSA survey group published by the CNews channel last month.

Around seven in 10 think there are too many foreigners in France, multiple polls this year have shown.